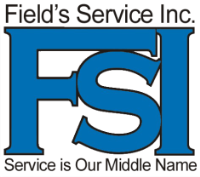 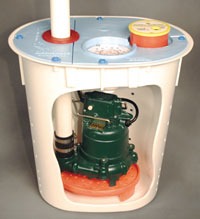 Part of keeping your crawl space dry involves a sump pump. But not just any sump pump installation will do. Basement Systems' SmartSump is designed just for crawl spaces.

Since you don't go into your crawl space a lot, you need to know if there is a plumbing leak.

The SmartSump has a unique lid design, so water from a plumbing leak fills an alarm pocket on the lid first, sounding a WaterWatch alarm that will let you know there is a plumbing leak. From there, the water flows down a special airtight floor drain that will let the water down, but damp air cannot come up into your crawl space.

The WaterWatch alarm also alerts you to pump failure for any reason, including power outages.

The SmartSump is available with or without an optional UltraSump Battery Back-up pumping system. The UltraSump has a second pump in case of primary pump failure, a second switch, in case of switch failure, and second power source, in case of power failure.

The UltraSump can pump over 8,000 gallons of water out of your crawl space from the energy stored in the special sealed, long-term standby battery. There is a special charging system that keeps the battery charged when the battery is on, and an alarm to tell you the secondary pump is operating. This protection is optional, but highly recommended.

SmartSump is a smart idea for your crawl space!

The SmartSump has a two-piece airtight lid, allowing easy access, and so water sitting in the sump hole doesn't constantly evaporate into your crawl space.

The special CleanPump Stand, keeps the pump out of any silt and sediment that may wash into the sump liner. 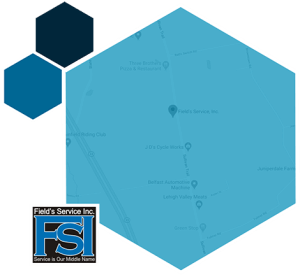